HOW TO HANDLE A CRISIS ON SOCIAL MEDIA CREATIVELY

HOW TO HANDLE A CRISIS ON SOCIAL MEDIA CREATIVELY

It seems that anyone attempting an Easter getaway this month may be left bitterly disappointed. With airlines citing increased coronavirus cases among already reduced staff, plus airports unable to find new recruits, the airline industry is currently suffering (yet another) crisis. British Airways and EasyJet are cancelling hundreds of flights a day, airports are losing luggage and upset customers are facing queues for hours.

In the midst of this crisis for the airline industry, I came across a tweet published by Heathrow airport. It left me baffled, confused, intrigued and darn right flabbergasted (I was feeling ALL the adjectives). 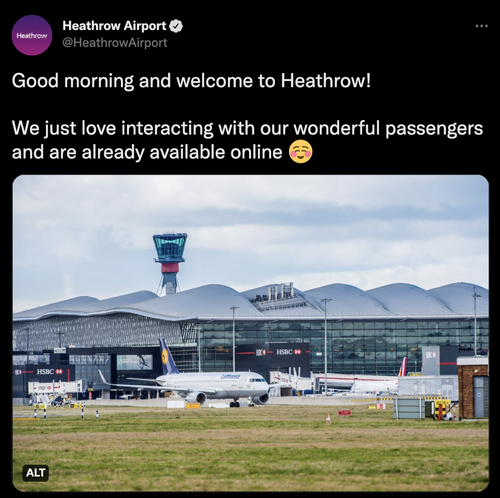 By sharing an image of such serenity on the runway, and ignoring the carnage inside the actual building, it appeared disconnected from reality, and tone deaf. It got me thinking about the best way to handle a crisis on social media, both appropriately and creatively.

In the age of social, a crisis has the potential to spread like a digital wildfire – we’ve all seen it, lived it, laughed at it. For those handling the situations, however, it can be a tough path to navigate correctly.

So what is the best way to deal with a crisis through social media? For me, creativity is the answer. The brands that hold their hands up to the situation, in a creative way, minimise negative impact. To really hammer home the power of creativity here, more often than not, brands flip negativity on its head and create a campaign which actually has a positive impact.

Let’s take a look at some of the ‘best bits’ from creative crisis management on social.

1- When there was no FCKing chicken

I tip my hat to the person that came up with this, and I’m filled with envy that I didn’t do it first. As both a lover of fried chicken and a digital professional, this KFC #ChickenCrisis comes in at number one for PECKING my interest/devastating my life on a very real level.

Upon running out of chicken, KFC cleverly released a public apology to their hungry social following. Simply rearranging their well known acronym to say ‘FCK, we’re sorry’. The messaging was also used on an OOH campaign to maximise reach.

Not only did the witty campaign limit the damage during the store closures, with limited impact on their impression score, but among those who would consider eating at KFC, their score actually increased upon reopening. 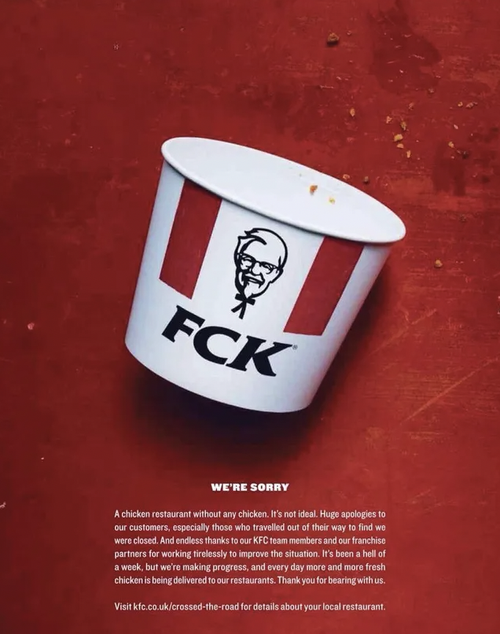 This one is straight out of the history books – before 4G existed, let alone 5G 😱

What ensued was an unbelievable influx of social complaints (far beyond the normal level for a mobile carrier).

Rather than collapse under the ‘Twitterstorm’, once there was a hint of service returning, O2 decided to poke fun at themselves and the situation that unfolded over the previous 24 hours. They replied to hundreds of tweets, with users tweeting simply to get a funny response back.

Their creativity in the midst of crisis pulled their online brand sentiment out of the red and firmly back into the green – by effectively leaning into the complaining. 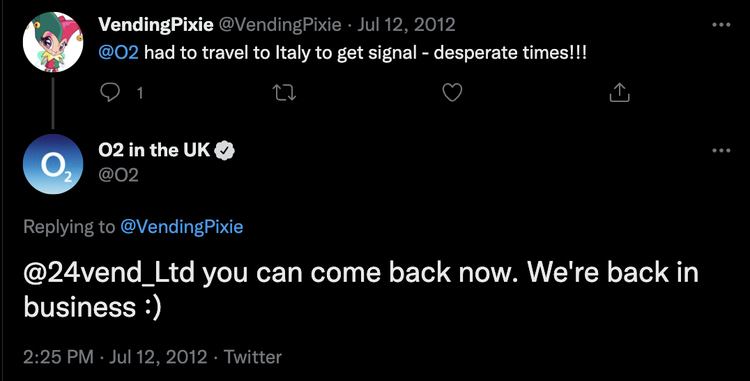 For anyone living in the UK, this almost became a national holiday. It swept the nation via Twitter. We were all holding #FreeCuthbert signs outside the local Marks n’ Sparks.

So what went down? M&S has a caterpillar cake named Colin. (If you’re not sure what this is, raid your family photo albums around your 8th birthday.) M&S informed the country that they intended to take Aldi’s caterpillar cake, Cuthbert, straight to the courtroom for copyright infringement.

How did Aldi respond? Simply tweeting ‘This is not just any court case, this is…#freecuthbert’. Within the next 24 hours, Aldi turned this into a fully fledged campaign, garnering input on social media from other brands and celebrities, and even placing Cuthbert on a comedy panel.

The proof is (quite literally) in the puddling with this one. (Sorry, I couldn’t help myself.)

Stick that creativity in your pipe and smoke it, M&S. 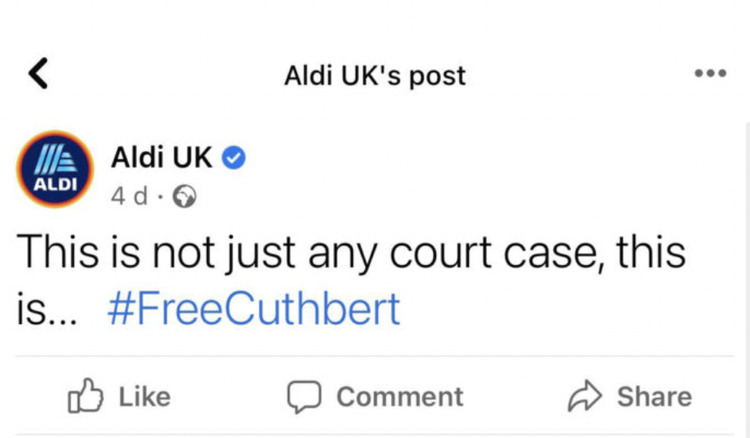 So, what can we take away from these best-in-class examples?
Creativity is everything, don’t do what they expect

An understanding of your audience is key

Be agile and reactive to the situation, there is no time for hesitation

Consumer brands have shown strength in social crisis management to date. Now that B2B brands are also investing more in social media post-pandemic, with 51% of B2B marketers planning to increase their social media investment in 2022 according to Forbes, we will start to see more creative ways for B2B brands to engage business consumers on social media – after all, they are still consumers.

As advocates for creative B2B marketing, we are on a giant mission to fast-track B2B creativity.
Like what you read? DM me for a chat, and perhaps some fried chicken and a slice of Cuthbert cake

Dani Montgomery, Lead Digital Growth Consultant at Made By Giants

© Made By Giants & Partners Limited